There’s a place in Alberta called Head-Smashed-In Buffalo Jump. I love the simplicity of that name because it tells an equally simple, powerful message, once you hear why it’s called that.

The Aboriginal people of the prairies who’ve lived in Alberta for centuries used this well-disguised cliff to provide food and supplies thanks to a very effective hunting method: buffalo running.

6000 years ago, tribal buffalo runners would cause stampedes of buffalo to tumble head-first off the cliff, killing themselves on impact with the rock-solid ground about 10-metres (33 feet) below the cliff’s edge. Talk about using gravity to your advantage!

Here’s a quick video showing you the landscape I’m talking about:

Are you a buffalo?

The buffalo who have run off the cliff, and who are now dead.

Obviously, you don’t want to be one of these buffalo. And yet, there are many times where we act like these buffalo did as they were being herded toward impending death.

Now running as a herd has some big advantages, just as anyone who’s been part of a larger community can attest to. You can use your strength in numbers to defend one another more effectively. You can use division of labour to accomplish more specialized tasks. And, generally speaking, you’ll survive longer as a species.

Where the downside of this strategy arises is when the community starts to head, without any hint of second-guessing, toward its own impending doom. Alberta buffalo were repeatedly exploited due to this behaviour, and sometimes humans are too.

Imagine you’re a buffalo and you hear the cry of danger coming from one of your buffalo elders (or maybe an alpha buffalo), and you begin your typical buffalo fight-or-flight response of running full speed as a pack.

And you’re running and running and running, with all your buffalo friends, and everything’s great! Except that a few minutes a later, a couple of your buffalo buddies ahead of you disappear from sight, perhaps making a sound that resembles a really big “moo.” (I don’t know what kind of sounds buffalo make; feel free to educate me on this.)

As your bros and sis’s accidentally end their lives thanks to the legendary cliff mixed with basic high school physics, you suddenly realize: I’m next!

Crap! Now what do you do?

Sandwiched in the middle of the pack, you don’t have a lot of options for next moves. Your buffalo friends are tightly packed on either side of you. What’s worse is that you have a speeding buffalo right on your own buffalo ass! Where do you go from here?

This is the danger of acting in a certain way, just because other people you know are doing so. Blindly following the herd can lead to massive issues when it’s not appropriate to do so.

While it might feel safer to run in the company of others, all the time and no matter what, this presents two big drawbacks:

Just because you’re surrounded by a bunch of other buffalo whom you may look up to and feel are smarter than you, doesn’t mean they can see all of the troubles that lie ahead. And unfortunately, it’s possible to go so far down the track of the crowd that you end up in a spot where you can’t easily turn back.

(Don’t get me wrong, you might not know where the buffalo jump is if you stay solo. However, if you stumble upon it alone – going at your own comfortable pace – you avoid the situation of point #2 mentioned above.)

A concrete example of this kind of behaviour can be found in residential real estate. However, any behavioural pattern that’s driven by societal norms might also be appropriate.

Buying a house just because “it’s what my 20- and 30-something friends are doing,” is a terrible justification for the biggest purchasing decision of most people’s entire lives.

I’ll continue the argument against this kind of logic. Here are five possible reasons for buying real estate that have nothing to do with what the herd is doing:

Please understand that I’m not a real estate agent or a financial advisor. Do not interpret these comments as professional advice in these subject areas.

Do you know someone who got into a house that was probably too big for their financial means, or otherwise bought in a way that puts their finances in a precarious position? I’d be curious to wonder how much of an impact the herd had on their decision.

Are there times when following the herd makes sense?

Absolutely. Sometimes following the herd plays into the network effect, where a product or service becomes increasingly more valuable as it’s more widely adopted. Cell phone usage is a perfect example of this.

Think twice before blindly following the herd into a frenzied run. Living in a community has many, many benefits, but like all arrangements in life, there are disadvantages. Being aware of what those disadvantages are, you’re more likely to catch them before they lead you off a cliff.

Being a contrarian can have some distinct advantages if you’re willing to wisely question the status quo. That’s how investor Warren Buffet made much of his fortune – buying companies that didn’t present enough value to other investors. At least, that’s what that herd believed. 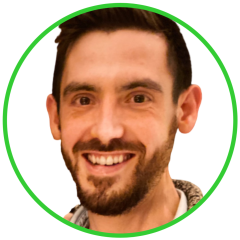 Life gets hectic in this fast-paced world. You check the agenda on your phone at the start of the day, and think, “man, is there any time for me to breath in there?” Do you ever feel like days are…
END_OF_DOCUMENT_TOKEN_TO_BE_REPLACED

Catch my free, live, monthly webinars by leaving me your name and email. You'll also get my weekly Sunday newsletter for soon-to-be and recent graduates.